It’s a bittersweet time for the Activity Bonus Program— sweet because of the list of fantastic Team Members earning extra cash, but bitter due to the fact that we are now in September, the final month of the program!

Nine Team Members have each earned at least $1450 so far just in PABs, and they could potentially tack on another $500 PAB this month. Additionally, many of our Activity Bonus Earners have already qualified for an exclusive, all-inclusive Cabo vacation with Synergy (and several others are very close! Hopefully they will earn the points this month to qualify)!

We would like to give special recognition to those who earned the Duplication Activity Bonus (DAB) last month. This is the essence of successful network marketing, especially with the Mega-Match compensation plan on your side, ready to forever reward you for team-building and duplication. The three Team Members that earned DAB’s in August are 1500 points closer to monthly prizes and Cabo made possible by the TOP 50 Challenge. They have $125 extra dollars added to their checks, and they have dramatically increased their potential to rank advance, establish a reliable income, and maximize the Mega-Match. 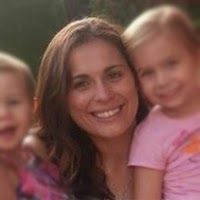 Lara Drulle
She’s done it again! Lara Drulle earned a DAB in July and August. She’s earned a spot in Cabo for herself and a guest. She’s earned cash, customers and a Team ready to rise with her. She’s showing New Jersey what Synergy is all about! Keep up the good work Lara— we know the DAB’s don’t come easy, and to earn one two months in a row is no small feat. We are looking forward to rewarding you with a sandy beach in Mexico! 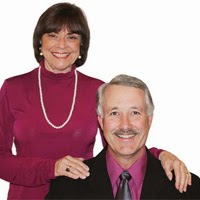 Nancy and Brian have been Synergy super stars since 2010. These Team Directors have a past filled with other network marketing companies, but the quality of Synergy’s products and compensation plan helped them choose to build a strong, lasting foundation with our company– and earning DAB’s is the right way to do it! For more info about Brian and Nancy, check out this spotlight feature posted in 2012. Remember, Brian and Nancy, if you are reading this… you are VERY close to qualifying for Cabo. This is the month to do it! Talk with your upline, get whatever help you need… we want you enjoying sunshine with us this November!

Emilia Eiras, MD, is a specialist in Primary Care Internal Medicine. Originally a native of Salamanca, Spain, Dr. Emilia Eiras received her medical degree from the University of Salamanca and completed her residency at Jersey Shore Medical Center located in Neptune, New Jersey after moving to the US. She is fluent in both Spanish and English and is clearly a person dedicated to helping others. We are grateful that she has been using Synergy’s exceptional products to do so. Dr. Eiras was one of last month’s Top 10 Winners, and though we may not have a photo of her yet… maybe we’ll get a good one in Mexico (keep up the great work Dr. Eiras)!

These are men and women who have been earning PAB’s since the Activity Bonus Program was first launched. These are consistent, hard working Team Members that deserve every penny they’ve earned. These are Team Members that we congratulate for their ability to maintain such valuable momentum and earn an ever-increasing bonus.

We congratulate these Team Members for earning their August Activity Bonuses. We are especially excited for the success that lies ahead of those who continue these habits and teach those they sponsor to duplicate them.