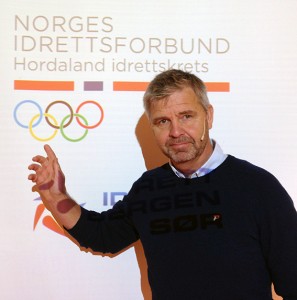 Working in a culture with world-champion endurance athletes, Kjell understands that there are few limits to what the body can do. He believes that if you want to accomplish an amazing physical feat you simply need to train hard and never stop training. It’s all about priorities. Though he has lead rowing teams to victory time and time again, he believes there is still more to achieve.

This is why on May 2, 2015, just a few days ago, Kjell embarked on the most exhausting and trying excursion of his life.

Kjell will spend the next four months rowing 10-12 hours per day, taking himself around the Norwegian Coastline from the Swedish coast to the Russian border. This is, undoubtedly, a painstaking task, but Kjell has an additional motive to complete the journey: raising money for children suffering from brain tumors.

He’ll fish for food, sleep in his boat or in a tent on the shore, and have a constant supply of Synergy product—ProArgi-9+, Mistify, Phytolife and e9—to fuel his endurance.

His journey will be followed and broadcast on one of Norway’s biggest television stations. Synergy WorldWide will follow Kjell’s odyssey through the summer, cheering him on from Utah’s corporate office and around the world.

“Do not ask for an easy journey, but for a strong back.”
– Kjell Tore Solvang