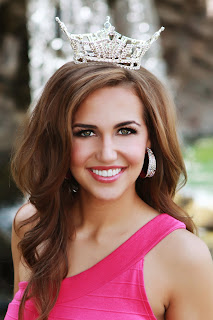 One of Synergy’s talented Team Members, Jennifer Smestad, was recently crowned Miss Arizona. As this impressive young lady represents her home state on the Miss America stage, and represents Synergy WorldWide behind the scenes, she uses kindness, a healthy lifestyle and a dynamic background to make a great impression.

In between her travels and media appearances, Jennifer took some time to explain a bit of her story as well as a few reasons why Synergy has become an important part of her life.

Synergy: How was the experience of being crowned Miss Arizona?

Jennifer Smestad: It was incredible. I loved it. I didn’t “not-expect” to win, but then I didn’t expect to win either. So it was a shock either way, and it was awesome.

What was the rest of the night like, after the pageant was over? What did you do after being crowned?

Right after, I had photos with everyone– the other contestants, my family– that took about an hour probably. Then we had a little conference where I spoke a little bit, family and friends got together. Then I went home, brought all my stuff home, and went to bed. Actually I had a piece of cake first. Then I got up 2 hours later for a news interview, so I got two hours of sleep that night.

Well, I saw some of those interviews and you did very well. You couldn’t tell that you were lacking sleep.

Have you been to Atlantic City before?

I have not. It’ll be my first time.

[Laughs] I will thanks. 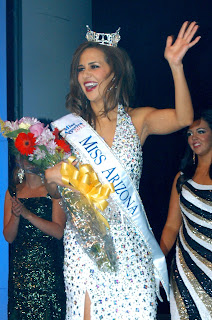 Have you been to Disneyworld before?

I haven’t. I’ve been to Disneyland many times, but Disney world I’ve never been to. I’ve always wanted to go there.

You mentioned in your interviews that you have struggled in the past with a serious condition. Is it true that you have Tourette’s syndrome?

Yes, I was diagnosed at age 10. Are you aware of what Tourette’s is?

Um… uh… (trying not to sound dumb… ) yeah, I think I’m familiar with the basics but I probably don’t understand it as well as I should. I’m sure I could learn from you the info we all should know.

It’s a neurological disorder that causes the body to make sudden movements and noises called “tic’s.” They are uncontrollable– it’s involuntary. Most people think that the most common symptom is cussing out loud, tremendously, a lot of times. That’s actually one of the rarest symptoms. That’s one part where people have a misunderstanding of what it actually is.

The way I like to explain it to people is, if you were to tie your hands down, and then someone comes and wiggles a feather in your ear, your first reaction would be to move your head, jerk your head and want to scratch it. So, that’s kind of what Tourette’s syndrome is like, all day long, for any one that suffers with it. It’s really, really tiring.

So, I went through that for maybe five years and it was very hard for me. There were times when I didn’t even want to live because my body was physically sore from jerking my head and having certain tic’s. I’d be embarrassed and didn’t want to be seen in public. It was something very hard to go through and I think most people don’t understand unless they’ve lived with it.

My mom would always tell me, “You have this for a reason you are going to do something great with this one day.” I never really believed her and now that I’m 20 years old, Miss Arizona, and my platform is Tourette’s syndrome awareness and advocacy, I’m able to share my story and inspire others. My main goal this year is to give hope to others who are facing Tourette’s or other similar issues because I wish I had someone to look up to that I could relate to.

You are now obviously out in public quite a bit, and I can’t detect any signs of the condition at all. How have you been able to overcome it so well?

For me, it used to be very severe. I tried prescription drugs and counseling and a lot of things that never worked for me. Then I came across Natural Chinese acupuncture. We decided to try it out, and after one treatment we noticed a huge difference. My family noticed it, I noticed it… so then I went twice a week for six weeks, then after that my symptoms were gone. I took natural herbs at the same time which, of course, is why my family loves Synergy so much, because they are all about natural alternatives. 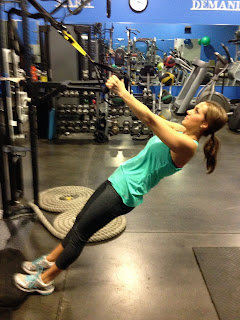 I have the SLMsmart meal replacement shake… I cannot live without it. It’s amazing, so I have to have that. I also take the cleanse from SLMsmart. Then before every workout I take ProArgi-9+ and ProArgi-9+ Active mixed together and it makes me feel so much better during workouts. I want to keep going, I am so much more active, I have so much more endurance… and that is great to have, because preparing for a swimsuit competition on the Miss America stage is difficult. So it’s good to have that extra boost that ProArgi-9+ helps me with. I love it. 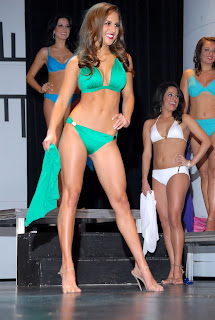 I always post about Health Shake, saying “Having my cake batter ice cream, a.k.a. meal replacement shake!” My Miss Arizona director was like “What is this?” Then she bought some and now she loves it too.

Good job with the marketing! It seems to be working for you; I hope you never get tired of it.

How were you introduced to Synergy WorldWide?

My parents [Brenda & Gary Smestad] have been involved with Synergy for about nine years now. I just kind of grew up with it and took all the vitamins and everything.

Also, Dan Higginson [Synergy Founder and CEO] and his family have been so loving and supportive of me and my journey. Dan is like an uncle to me and I appreciate all his support.

Have you been able to attend many Synergy events?

Yes, I’ve been to a few local meetings, and then we have meetings at our house a lot. Then I went to Vegas in 2011 [for the Global Summit]. The last time I was in Vegas, it was for that, and it was awesome.

Oh, and I want to add one more thing. In Miss America, all the contestants are required to have a talent, and my talent is singing. I’ve been singing basically my whole life and ever since Synergy was introduced to us… Mistica has been a miracle worker for my voice. If I’m getting a sore throat or if I feel like I’m losing my voice, I take it. And then the next morning I’m feeling fine. That is a necessity that I will definitely be taking with me to Miss America.

Maybe you should sing a song right now and I’ll record it for our blog, we’ll post the audio.

Oh okay. We’ll try it sometime soon after you drink some more Mistica.

Synergy WorldWide wishes the best of luck to Miss Arizona as she continues what is sure to be a career of making a positive impact on the people around her.

If you would like to show your support for Team Member Jennifer Smestad, we encourage you to vote for her in the Miss America People’s Choice contest. Simply click here and remember to vote specifically for Miss Arizona. Good luck Jennifer!